Lately I can’t get enough of flower patterns and these Fossil flora pumps and the obvious reason is because of the season. Because…Ma Nature’s lyrical, with her yearly miracle. SPRING!

Those crazy kids. Psst. You guys. Ephraim is totally checking out Dorcas. Watch out Benjamin!
Maybe I should have a Seven Brides for Seven Brothers interlude in every post? You think?
Anyway, I found this shirt at Little Edie’s and I must say it compliments my color block dress well, especially since I’ve never felt comfortable with the top half. Actually, I need to take the shirt and the dress in to my seamstress, both are a bit of an odd fit.

I wore this the other day: 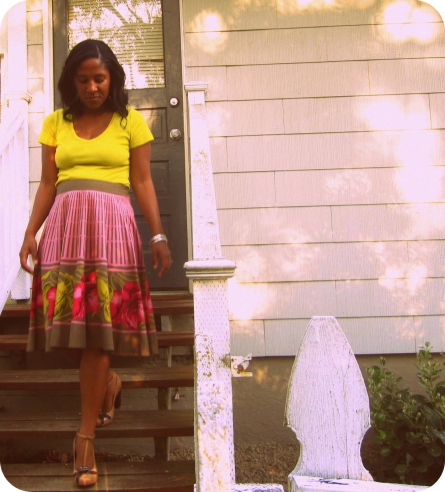 J. Crew shirt… yeah, you’ve seen it all before and will see it again. I would talk about how nice the weather’s been lately but then I’d just sound like a broken record (spring, spring, spring!). But I’m really enjoying having brown sons for a minute!

What else? A lot of playdates and A LOT of book reading. A lot of cookie eating. A lot of changes: my babies are disappearing before my very eyes, I can’t get over how Z will start kindergarten in the fall. I’m pretty nervous about it actually, so I try not to think about it too much. Mad is loving puzzles lately, and Rio is *this close* to crawling and gets frustrated when he can’t make his body do what he wants it to. After a while of dragging himself all over the place he uses his raptor shriek to let me know that he’s done doing all of the work so could I please hold him under his arms while he lurches around to his heart’s content? Thanks Mom!

I wore this on Mother’s Day.

Fossil dress, Me Too flats

Just casually jumping in my backyard, like I always do.

The weekend was lovely: I got to sleep in (thanks Andy!), then did some frolicking in the sunshine with my boys. I got a lot of reading in too. It was perfection.

Tagged as Fossil, Me Too 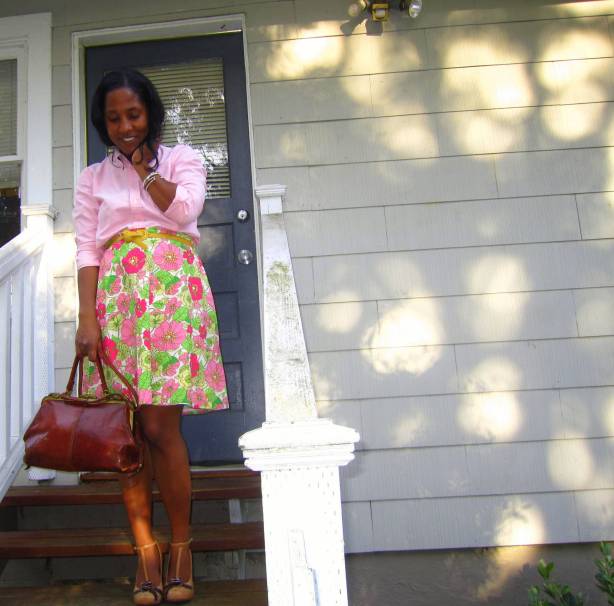 I bought this skirt for my dad’s shotgun wedding several years ago and I haven’t gotten that much use out of it, oddly enough. It’s the perfect skirt for a day like today and I couldn’t resist pairing it with my Fossil Flora pumps and my flower stud earrings (hidden by hair).

Flowers in my hair. FLOWERS EVERYWHERE.

I actually strolled today, the weather was so nice. I bent my knees real good and everything.

Spring, spring, spring! Wow, Ephraim really needs to dial it back. When my sisters and I were kids WE were the brides of the seven brothers: Frank and Gideon were mine, Anastasia got Adam and Benjamin, and Bethany chose Caleb, Daniel and Ephraim. I can honestly say that if I had to do it again, I wouldn’t change a thing. *nods* I chose well. Of course, when it came to choosing Chipmunks, I didn’t have much sense. Theodore? What was I thinking?! Alvin, all the way.

Says the guy who crushed on Thundercats.

What I’ve been wearing lately: 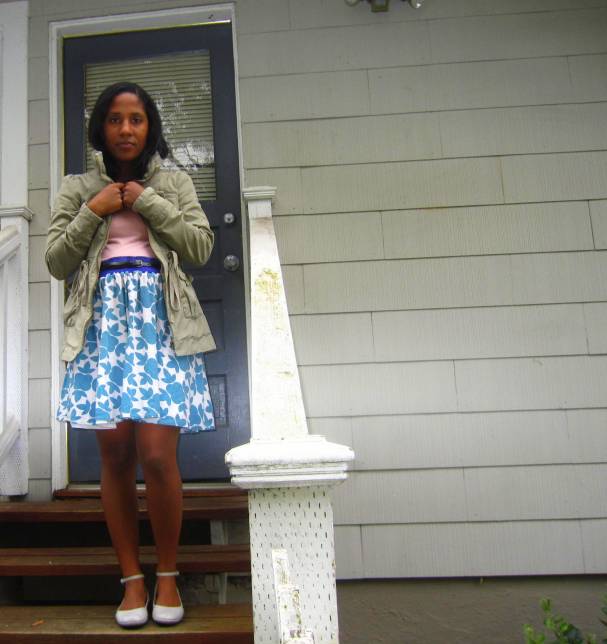 Tulle jacket, FM shirt, Fossil skirt, Me Too flats and a pair of dead eyes 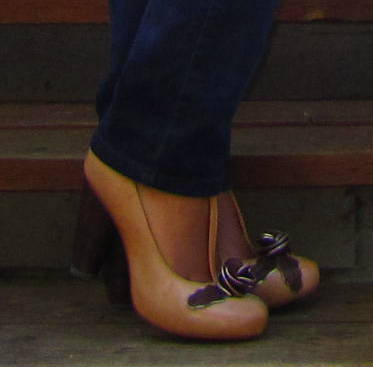 Close up of the shoooooooes.

Besides dressing myself I’ve also been doing a lot of reading and catching up on my favorite shows (New Girl, Parks and Rec, Up All Night). I’ve been watching Scandal and enjoying it because I ignore the dialogue and focus on this:

Tony Goldwyn is my JAM (Which …stands for Jen’s Actor Man). *shifty eyes* Yep. Back in the day my family would watch Dirty Dancing on repeat because my mom had an obsession with Patrick Swayze. Naturally we also watched Ghost too many times to count. I remember watching and thinking Um, Patrick WHO? I remember thinking that if I was Molly? I’d forgive Carl in a second. So what if he was indirectly responsible for Sam’s death? Cut the guy some slack. We ALL make mistakes.

Carl: It was a goof.

Remember his psychiatrist character from Dexter who likes to let his “wolf” out for a big meal every now and again?! Chilling. And this is the part when I say “when he’s bad he’s EVEN BETTER!” but I’d be lying. I like when he plays nice. It makes me feel less guilty about taking his side.

Anyway. Scandal. I wrote a post four years ago about how Shonda’s signature style really grates on my nerves and I swear, it still rings true today. The repetition is NO JOKE.

Somebody must’ve pissed her off by saying “But above all things, show, don’t tell” And she was like, “I’ll show them. I mean I’ll TELL them. I’ll tell them a thing or two.” AND SHE NEVER STOPPED WITH THE WORDS.

“You’re/I’m the leader of the free world!”

At no time does anyone ever ask the president if he’s the leader of the free world because they already know the answer! And yet…AND YET. People keep repeating it until finally you shout at the television screen: I GET IT! Dude’s got power.

At no point does anyone ever have to ask Olivia Pope, “And you are…?” Because, duh. Did you not hear the man on that roof over there shouting it to the heavens? She’s Olivia Pope, moron. Let us remind you another million times. She also wears a white hat, whatever the hell that means.

And at no point does Russell Crowe show up in a suit*.

Russell Crowe, in a suit.

But. She had me at “black female lead” so I will watch all of the things (To be fair, she also had me at Kerry Washington, Tony Goldwyn, Columbus Short, and Guillermo Diaz).

*Get it? Because he played a gladiator in a movie? It was a movie called Gladiator.